The 52-year-old plant was finally "laid to rest".

According to the Bismarck Tribune;

“It should've never have happened,” Hubert Sailer, of Stanton, said of the demolition with a hint of sadness from behind the wheel of his truck as he waited for the fall of his longtime workplace. 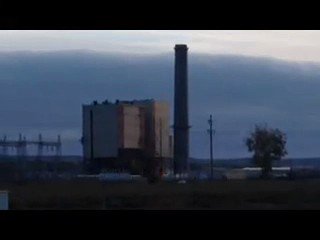 Sailer worked at the plant, first from ‘66 to ‘74, then on and off as a boilermaker in the years after.

“A lot of hours,” he said of the many shifts spent firing up the first unit and building the second that brought the plant to its 188-megawatt capacity.

Crews will spend the next three to four months sorting through the rubble, recycling the majority of the scraps, said GRE Vice President and Chief Generation Officer Rick Lancaster.

It was the right thing to do but that doesn't mean that there aren't going to be people waxing nostalgic over their former employer. Especially the retired ones.

Categories: Articles
Comments
Leave A Comment
Parking Improved & More At ND’s Largest Snowboard & Ski Resort
Mortiz Sport & Marine Donates To Mandan’s New Dale Pahlke Arena
Here’s North Dakota’s Most Popular Source Of Caffeine
In Fargo – Just When You Think You’ve Heard It All…
How Hard Is It To Find Love In ND? — Here’s What Researchers Found
Snow, Ice & Wind Event For North Dakota Followed By Extreme Cold
Can You Guess North Dakota’s Favorite Pasta Dish?
In ND -When Safety Becomes An Issue – OSHA Is Called In
How Long Would It Take To Save $1 Million Living In ND?