In the months, weeks, and days before the election, the cattle call for those against Joe Biden always included "I hope you like going back to $5.00 a gallon gasoline".  I swear I had conversations just like this- Person 1: "Sure is a pretty nice day"  Person 2: " "Won't be such a nice day when you're paying ten bucks a gallon for gas thanks to Biden!"

I act like that was only a conversation from the past, you may be in the middle of that conversation right now.  The classics never get old.

OK, so then why is AP News reporting this story?...

“I don’t think anybody sitting here enjoys the need to raise any tax, but what are we to do?” said Republican Rep. Craig Headland, who chairs the committee. “We have roads that are crumbling and we haven’t had an increase in 16 years.”

The committee Rep, Headland chairs is the House Finance and Taxation Committee, and they are proposing a gas tax increase of 6 cents to added to the current rate of 23 cent.  Granted the tax hasn't risen in 15 year,s but a nearly 25% jump in the tax is pretty bold. But gas get's off pretty easy when you compare it to it's electric counterparts...same AP article

Yipes...that's a five times fee increase for an electric motorcycle!  I bet, it's worth it though- they seem pretty darn cool.

So where are all the millions in new cash going to go? Well, the bulk of it is going into infrastructure.  Wasn't the Legacy Fund created to fix the catastrophic road and infrastructure damage that was created in the Bakken Boom?  I ended that with a question mark as I'm still curious where that money is going.  In a connected story, in just 2019 House Bill 1066 passed the North Dakota Legislature.  The cutely titled "Operation Prairie Dog" was looking to address infrastructure needs with CASH!   Here's a government graph I'm trying to get credit for creating- but keep reading below 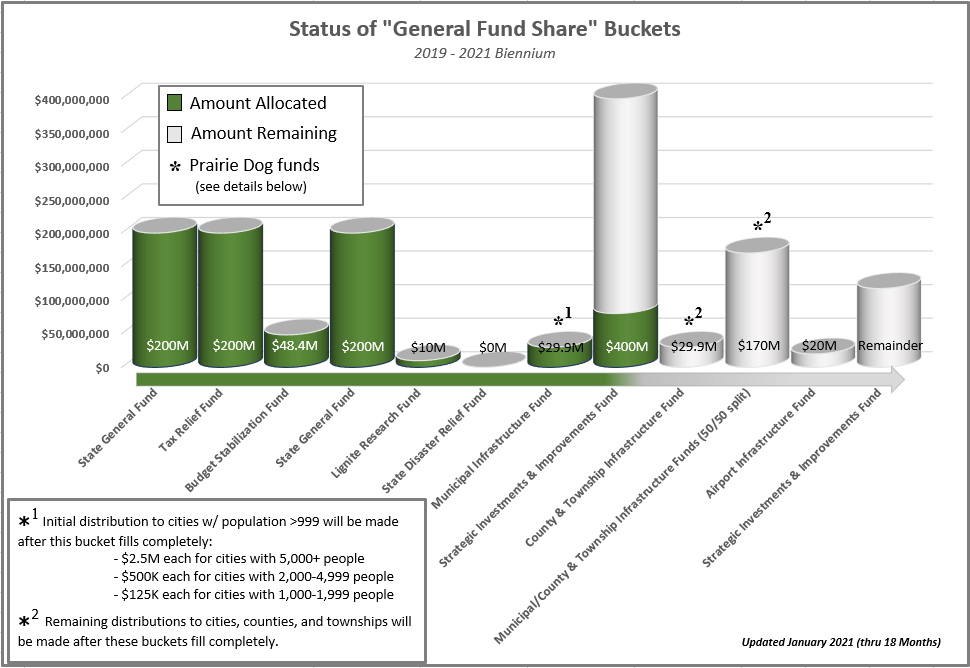 I understand that money isn't pouring into this fund as they had planned.

My dad worked for the North Dakota State Highway Department for decades, so I've understood since I was young that keeping your infrastructure intact is a non-stop job.  A job it seems we may have put off for a while.

So before you blame Biden for a bump at the pump could be your Republican Representatives at work.  Because honestly, sometimes things just need fixing.