North Dakota Tribes are moving to obtain exclusive rights to online sports betting when it comes to the state. Tell everybody AP News...

The tribes are turning to Republican Gov. Doug Burgum to approve the idea under tribal-state agreements known as compacts, the first of which was signed in 1992. The current compacts expire at the end of this year and only Burgum can approve them, said Deb McDaniel, North Dakota’s top gambling regulator.

The tribes argue their casinos have been hurt by the explosion of electronic pull tab machines statewide after they were legalized in 2017, with North Dakotans pouring almost $1.75 billion into the machines in fiscal 2022.

Ain't gonna happen. Although one of the Tribes already exclusively offers sportsbooks!

There are five federally recognized Tribes and one Indian community located at least partially within the State of North Dakota.

It's pretty far away from most everywhere, but the only legal Sports Betting facility in the state is found in Hankinson North Dakota part of the Sisseton-Wahpeton Oyate Nation. 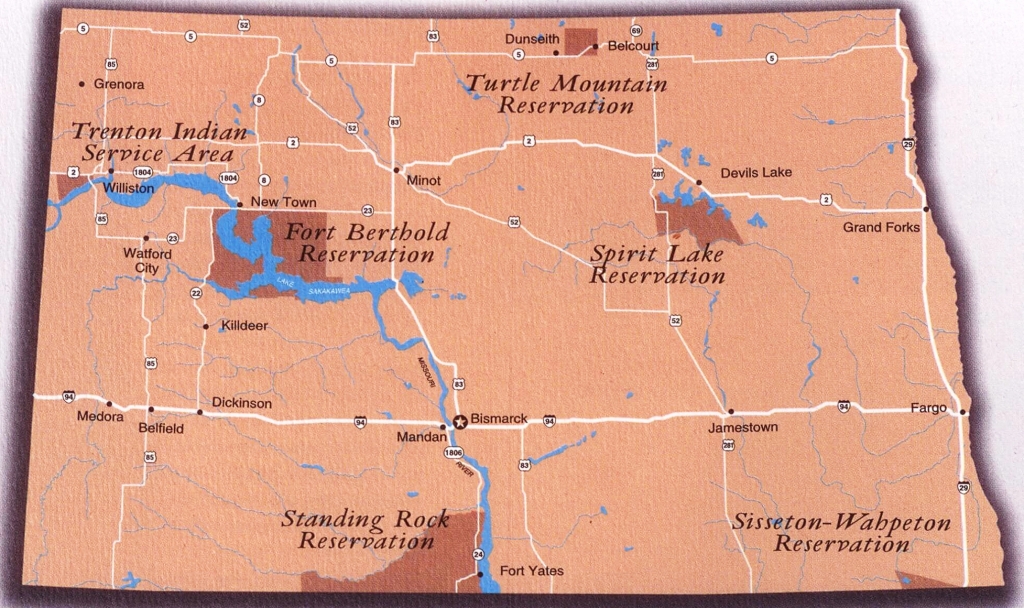 Hankinson's in the southeast corner of the state probably about 10 miles from the South Dakota border. It's the only venue in North Dakota you can legally place a sports bet.

Maybe you'll believe NFL Hall of Famer, Minnesota Viking Superstar, and legendary whiner- CHRIS CARTER!  He was there for the grand opening back in March 2022.

OK, so just one in North Dakota.

The arguments for and against sports betting began in 2018 when the US Supreme Court legalized it and left it to the States to decide its fate from there.  Many states have joined up with the cause many more will follow. How long down the road? If you've been around us for a while- you know we're going to be coming late to the game. It's what North Dakota does.

When the "game" does arrive...will sovereign nations hold control?

I think not. Much like the lottery, there's too much money involved for state tax purposes. Eventually, it should be a tax fairly evenly levied upon the big international betting sites with almost everybody betting online versus going to a location to place their bets. So who collects that cash? The state will...I'm at least sure of it.

One would think the Dakota Magic Casino would be OVERRUN with bettors.

I've recently driven by Dakota Magic a couple of times and figured it was business as usual. People want to make their OUTRAGEOUS bets online and at home. You can see that in Vegas.  The lone time I've been in Las Vegas, I was saddened to see the folks in the sports book section of the casino. Old guys smoking cigarettes. Thing of the past.

North Dakotans will soon be able to lose their sporting asses online.

It's not too far away. But I imagine the state wants its share. For the tribes that believe North Dakota should compensate for the casino loss concerning statewide in-bar digital pull tabs, well about that..this should be much more money

It's proposed to be everywhere

Tribes will have to convince North Dakota it's wise to go casino only.

KEEP READING: Here are the most popular baby names in every state

Using March 2019 data from the Social Security Administration, Stacker compiled a list of the most popular names in each of the 50 states and Washington D.C., according to their 2018 SSA rankings. The top five boy names and top five girl names are listed for each state, as well as the number of babies born in 2018 with that name. Historically common names like Michael only made the top five in three states, while the less common name Harper ranks in the top five for 22 states.
Curious what names are trending in your home state? Keep reading to see if your name made the top five -- or to find inspiration for naming your baby.

Gifts For The Hunter

Show You Care! Be A Part Of The Memory!